“Religion is fundamentally “empty” because people try to fulfill their material interest through belief.”
In religion, what is ultimately important is not the ideological fact that one has belief, and I believe that trying to rediscover the influence of religion in daily life to live according to the rules is also its positive function. The act of worshipping an incorporeal being seems to relate to existentialism since it is a process of seeking the value of the intangible in reality.
Religion is itself divine. Religion requires the state of nonexistence, pure faith, sincerity, and the breakaway from the secular lifestyle and emphasizes the natural flow of time. Faith is to be valued most for followers of the religion, and these people believe that religion is a means that leads to the mind’s calm and maturity. Ironically, however, not many sincerely pray for their ideal mental state, nor those who genuinely wish to encounter divinity itself. Not many speak of that people wish for their materialistic good, with the philosophical meaning of religion degrading in modern society.
In many holy realms like churches and temples, people pray day and night for college acceptance, promotion, winning the lottery, and job offers. Where spirits must be cleansed, people’s worldly desires to become rich and abundant are at their peak.
Despite such a contradictory situation, followers of religion tend to think their belief is acquitted; this irony is why we must view religion with a more objective perspective – that religion is indeed a tool to reach out to people’s unsaid desires. Thus, people must provide themselves with a chance to reproach the fundamental meaning of religion in their lives.
In order to depict this through the art form, I have contrasted the Buddhist Mudra with the hand gesture of a random individual. This contrast is created through striking differences in color and distance. Mudra internally demonstrates Buddhist teachings, but it also contains the true meaning of “empty.” The human hand of natural hue endlessly seeks material interests. Thus the contrast of the two objects runs towards the “empty” of religion.
We must continue to ponder the meaning of religion and provide ourselves with the opportunity to rethink the fundamental of divinity itself. Through the artwork, I expressed how it is impossible to narrow the gap between the holiness of Buddha’s Mudra and people’s hands seeking worldly interests. 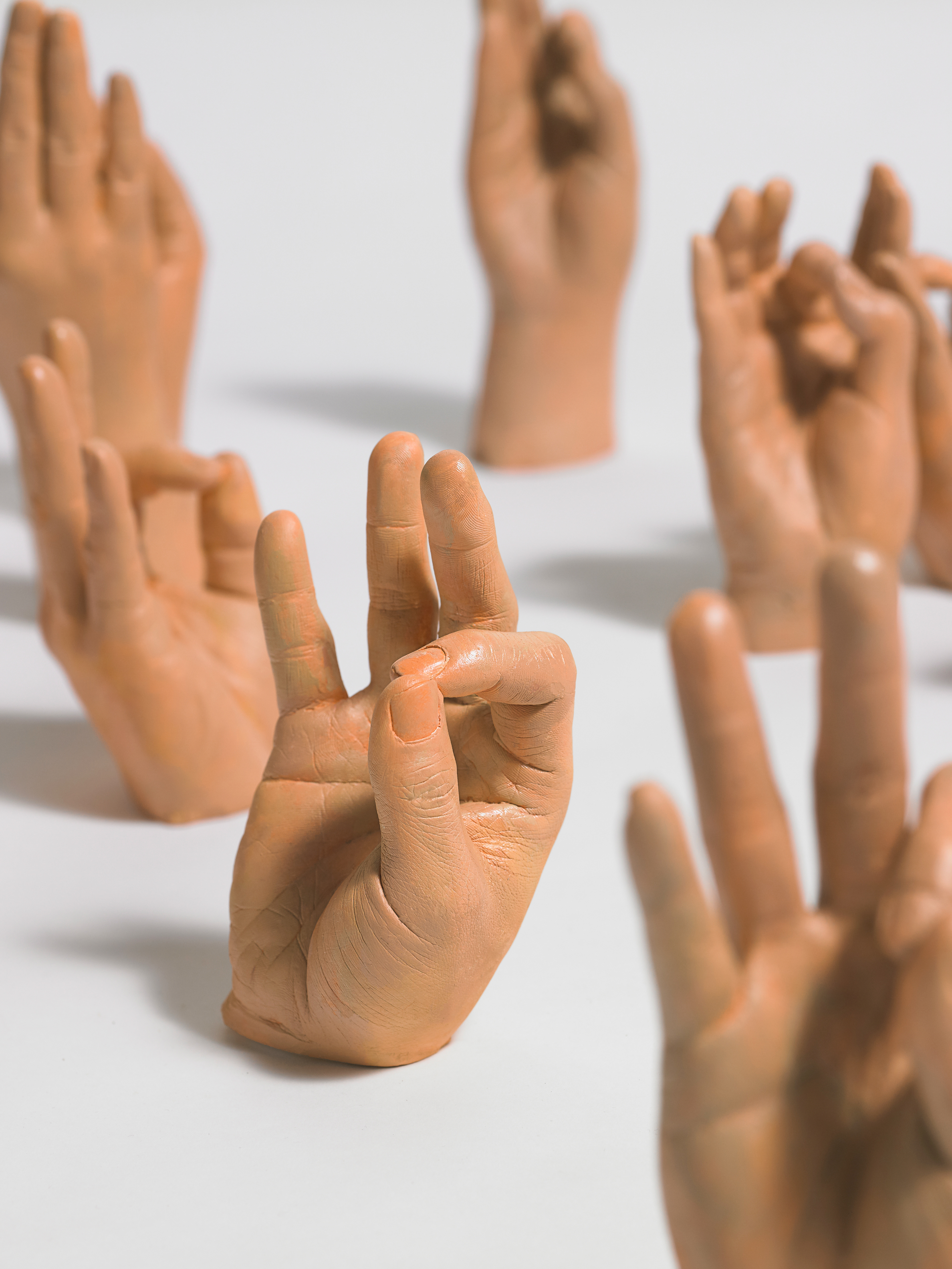 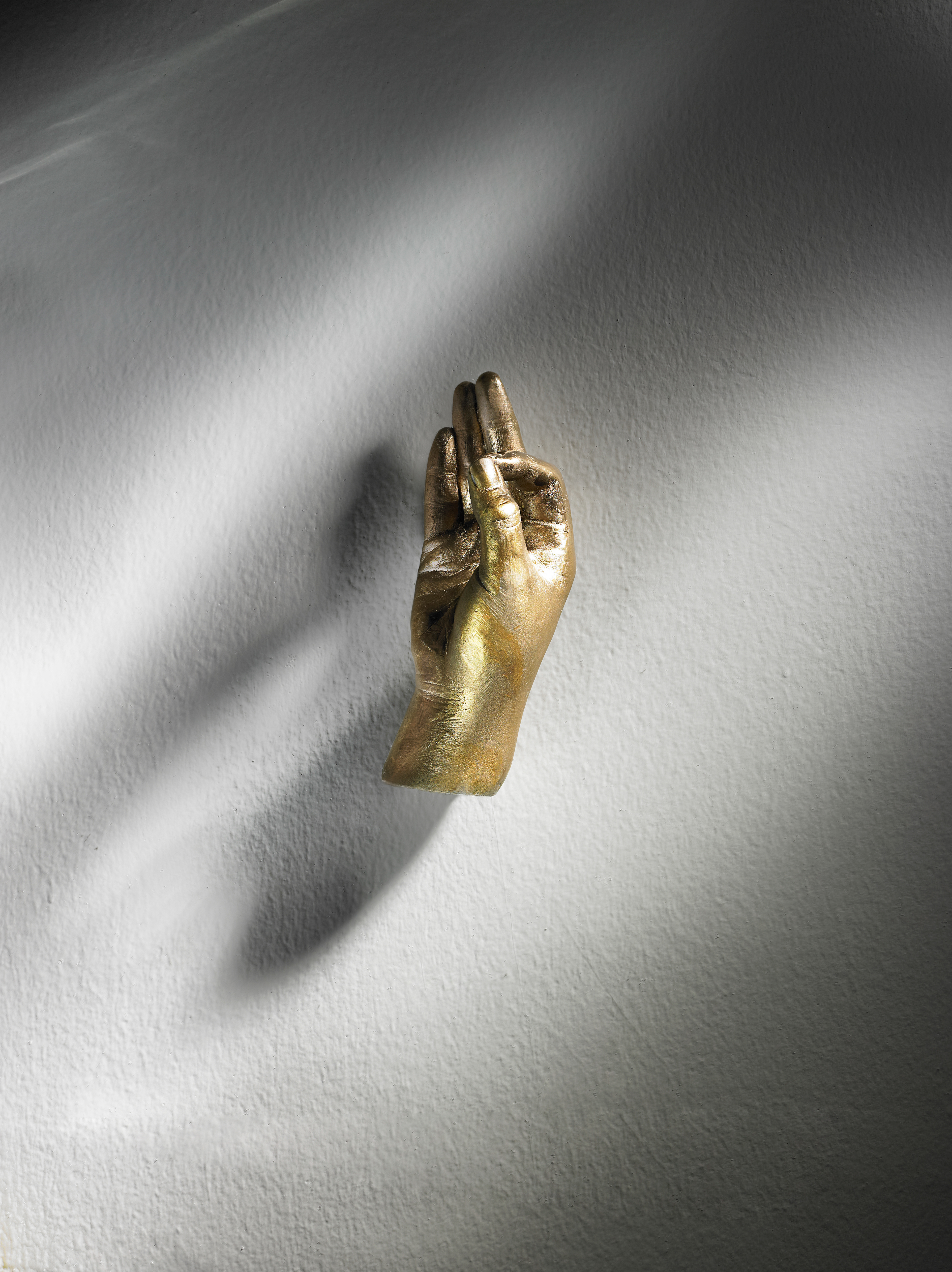