People in society have been living their lives being affected by different perspectives regardless of their recognition of existence. External factors of social structure, socio-cultural norms, and trends of different eras influence individuals and their way of life.
In general, people disagree with the idea of such control and that they are vulnerable to the influences from others’ eyes. Instead, they believe their identity to have been developed by their own wills. However, “minding” these perspectives is a commonplace routine in our daily lives.
The very instant that captures this paradox is when people are in a photo shoot. Those who pose in front of the camera give the most awkward smile, stiff as a statue made of plaster. We cannot interpret such an object, nor does it tell us the individual’s true identity. Gestures and facial expressions are only images that can be improvised on-site. The reality, however, is more complicated like documentary photographs and films, as people cannot be defined nor define what is “real” about the situation.
Whether or not people are aware of the pressure of this gaze, it is by itself brutal for people to be in the situation. It can cause people to become used to the compromise they make with external effects and to give up discovering their own identities.
Therefore, we conclude that these gazes upon people are not only disrespectful but weightless. This series deals with a standard error of the gaze, external factors in this context, as it brings into light the issues of how individuals in the society react to the circumstances and what factors cause to capture people in the sense of oppression under the gaze by exposing them, letting the audience with the situational experience of such perspectives. 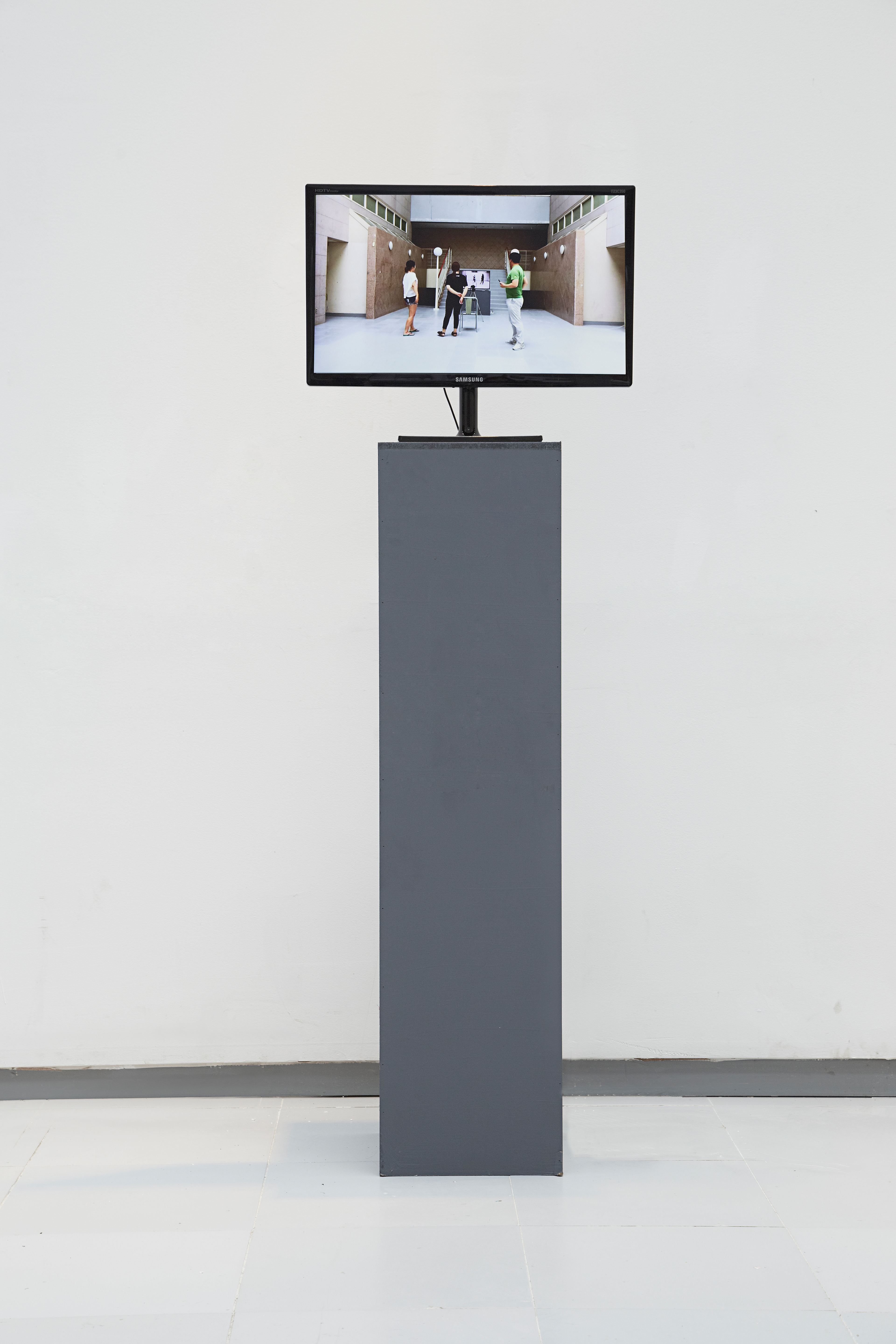 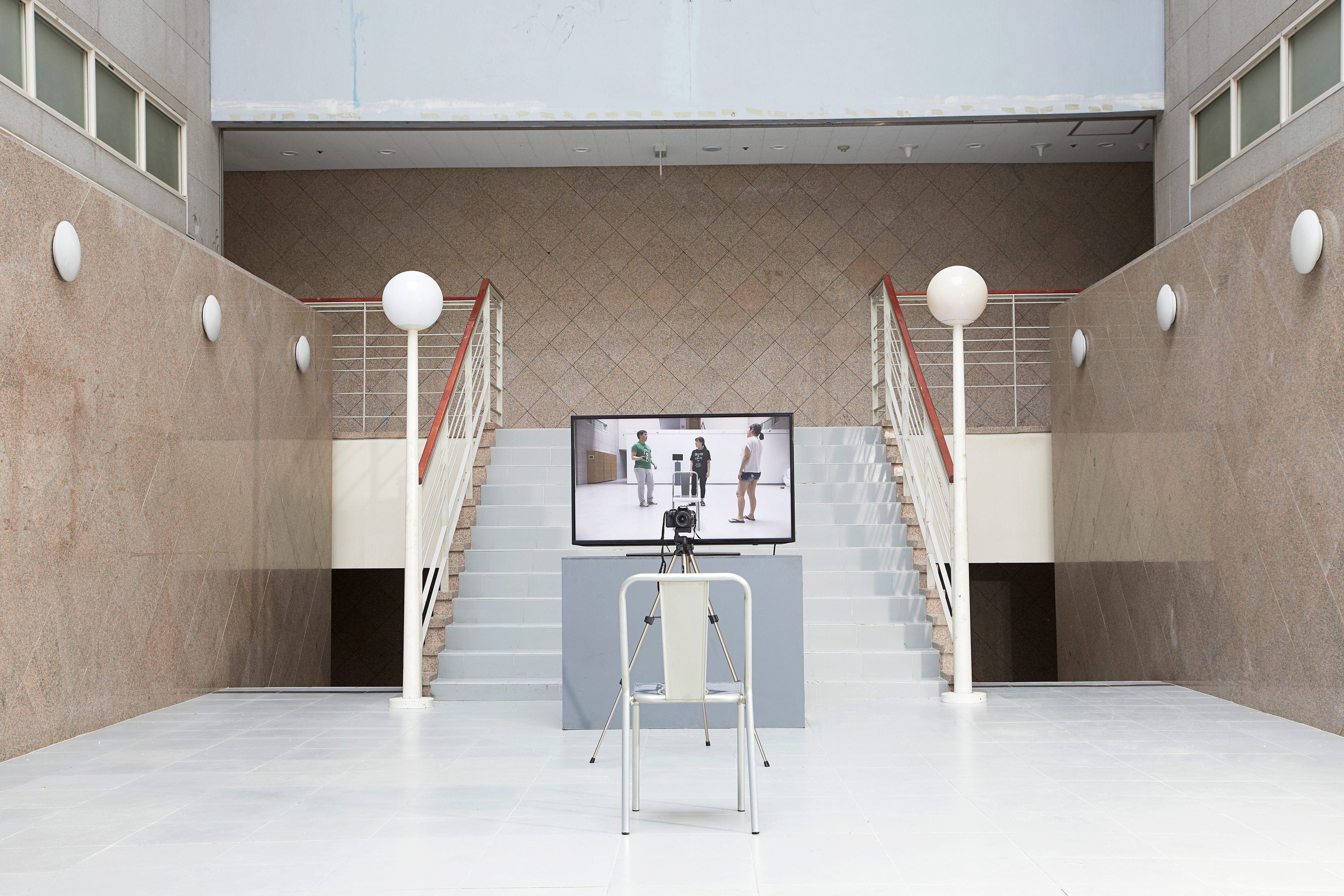 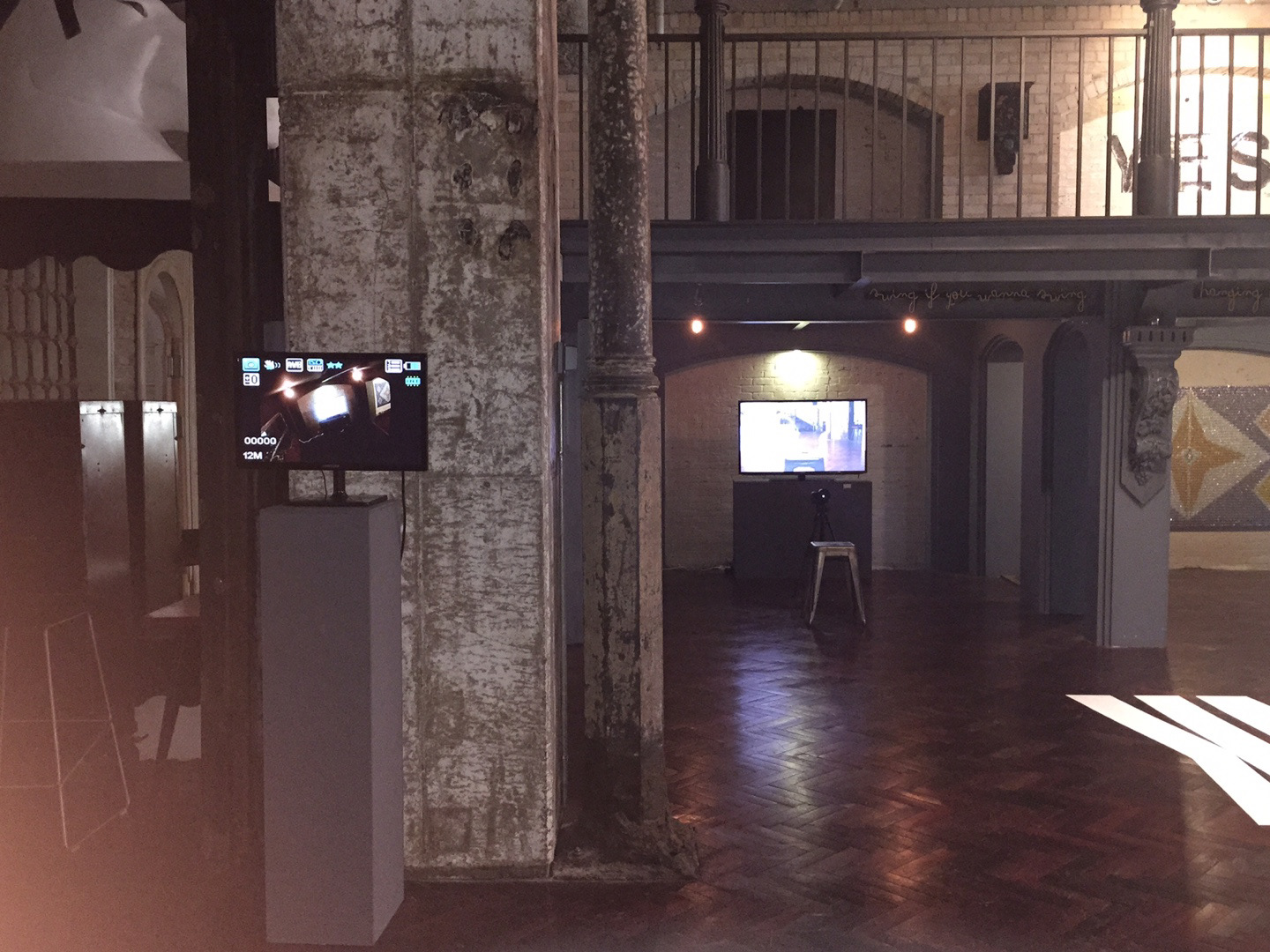 Movement of an Impasse beyond Camera, 2015, Video Installation
The audience will see a video that looks like two cameras had filmed it. They will inevitably feel uneasy about the idea that they are being filmed and that the video could be played on a larger screen. In reality, that camera is simply a model that does not operate, and a hidden camera in the same space filming the confused audience shows them real-time on another screen. My intention is to actualize a space where multiple perspectives would simultaneously exist. The multiplicity of viewpoints can help the confused audience espy themselves as an object. The cameras imply the mechanism of social gaze, in reality, to let audiences experience multiple perspectives, effectively conveying each audience to prompt their different positions in society. 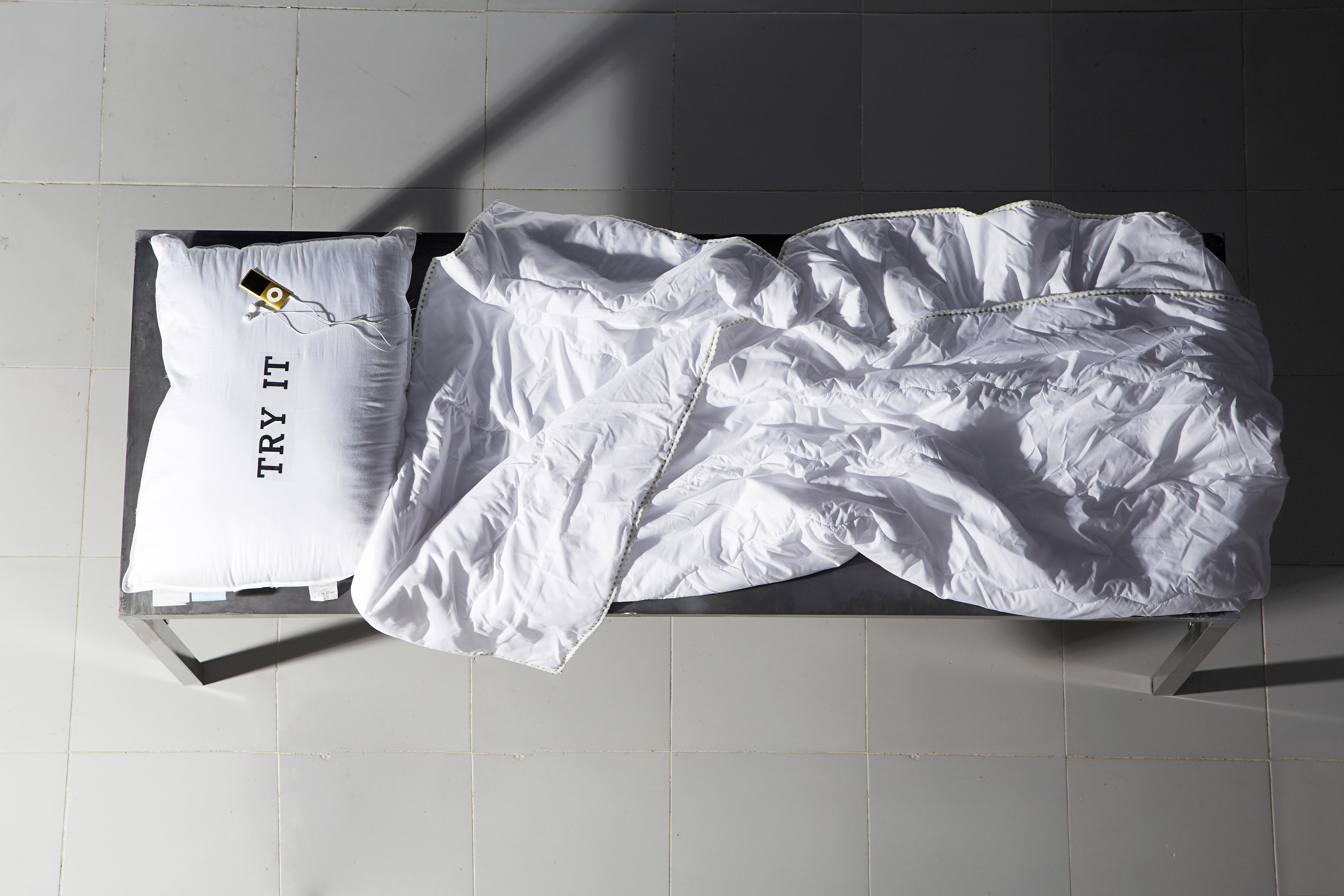 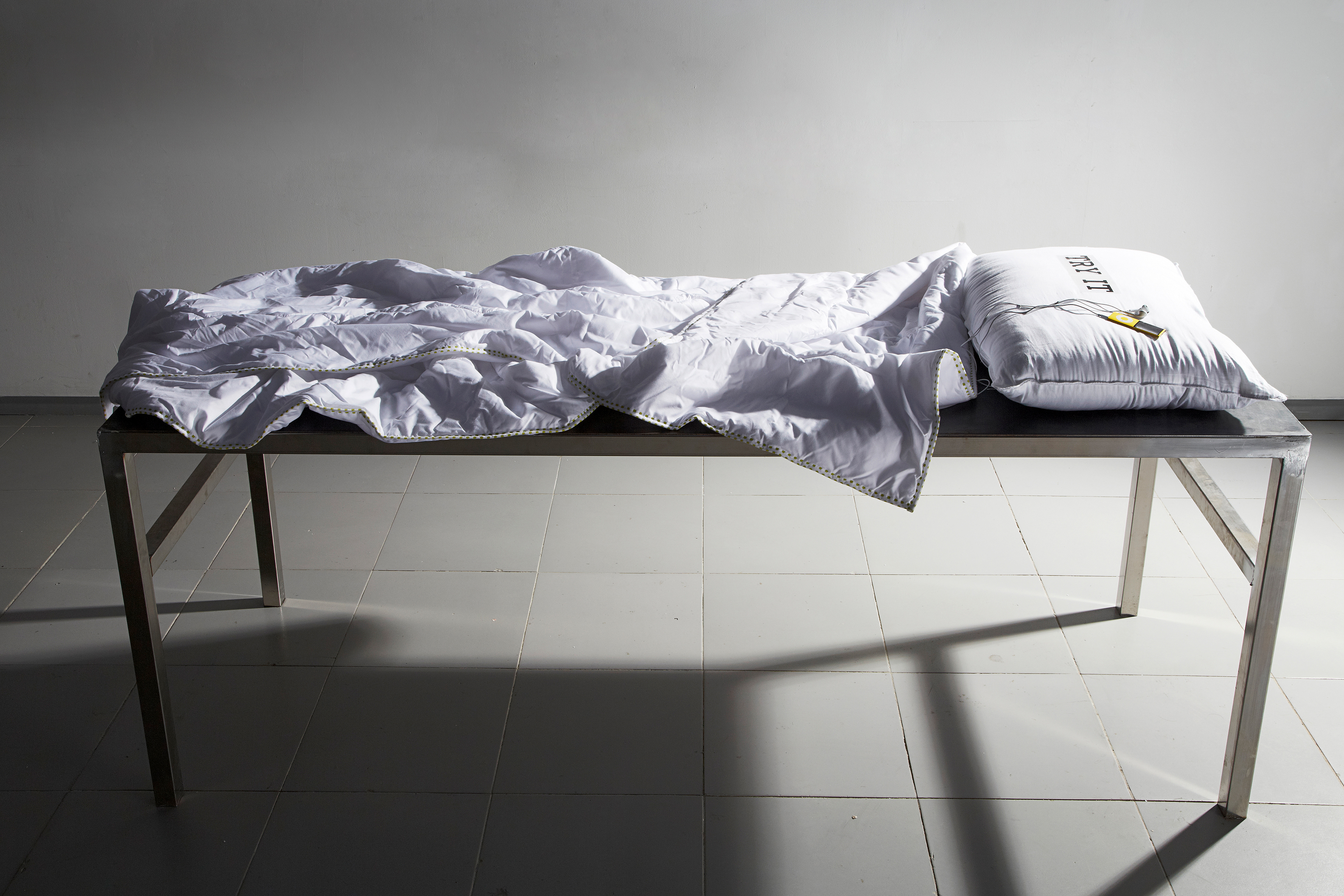 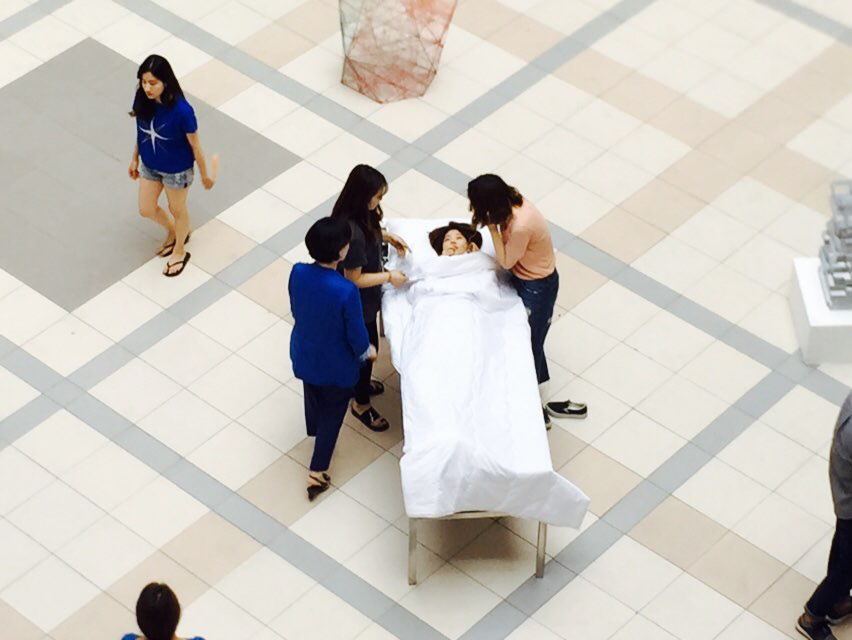 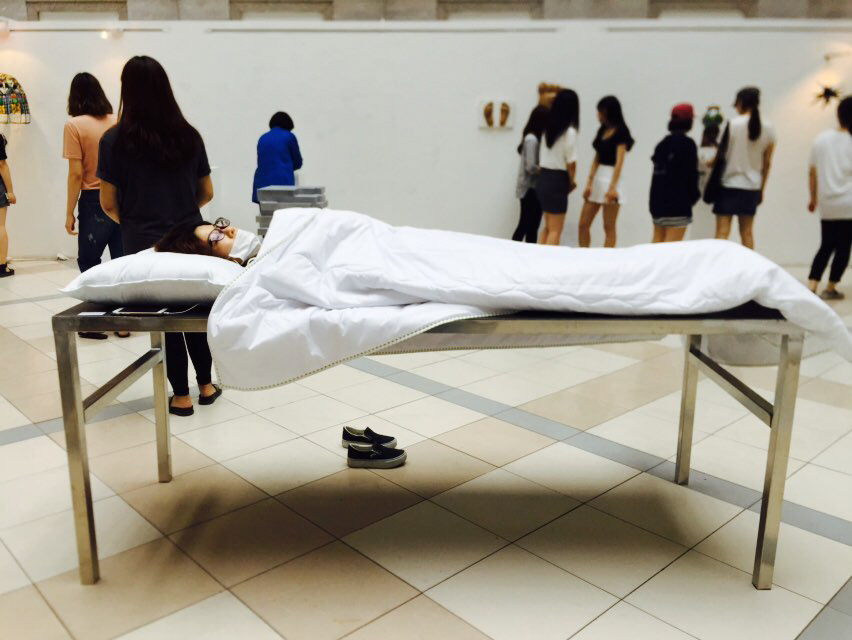 Movement of an Impasse beyond Space , 2015, Mixed media installation, 72*80*200cm
This installation is located in a public and open space. This open space is for public use, and of course, it includes people’s gazes. In opposition to public purpose, the bed is symbolized as a representation of a personal realm. This work intends to let people overcome the chaos where comfort and discomfort co-exist and challenge themselves to entirely focus on their own will to “try” lying down on the soft bed. Depending on the participants’ thoughts, this bed can be the most relaxing or uncomfortable place in chaos full of gaze.
↑Back to Top